A third of Poland declared "LGBT+-free", how did it come to this?

The fact that Poland is a conservative country, where the Catholic Church plays a major role in determining values and norms, is well known. This has played a significant role in the numerous struggles faced by the LGBT+ movement. LGBT+ people even found themselves amidst a political battle, which started peaking once Polish regions started declaring themselves "LGBT+-free.”

Spring 2019. The Polish election campaign is in full swing. The conservative party ‘Right and Justice’ (PiS) is once again heading for a victory. PiS, particularly popular in the sparsely populated countryside, has targeted a specific group in order to reinforce their conservative message. While immigrants were a popular scapegoat during previous elections, LGBT+-people are now facing the conservative ideals propagated by PiS. In July 2019, the chairman of the party gave a speech calling the LGBT+-rights movement "foreign import," claiming it was a "direct attack on the family and children” is.

This narrative is anything but new. In other conservative countries in the east of Europe, for example Hungary and Russia, politicians use anti-LGBT rhetoric as a way to convince the conservative population. Local and regional parliaments in southeast Poland are working hard to solidify PiS’s tone of voice. Apart from each other, resolutions are adopted that declare their municipality or region "free" of the "LGBT+ ideology". These statements are in part a response to the support for the LGBT+ community of the liberal mayor of Warsaw.

The developments in Poland gained international media coverage after the right-wing conservative newspaper Gazeta Polska added fuel to the fire on July 18th. Around 100,000 subscribers received stickers depicting a rainbow with a black stop/cross symbol. The text accompanying the visual says: 'Strefa wolna od LGBT', which translates as "LGBT+-free zone". A week later, a Polish judge ruled a that the newspaper had to withdraw the stickers, but the genie was already out of the bottle. Moreover, the newspaper did not seem to care and even called the court ruling "fake news". 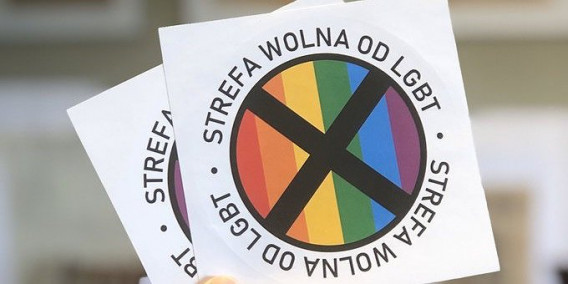 More and more conservative areas in Poland are declaring themselves "LGBT+-free," while Poland's opposition disapproves of PiS's anti-LGBT+ campaign. Meanwhile, Pride events have become an ideological battleground. A woman holding up an image of the Virgin Mary with a rainbow-coloured halo was arrested. Other Prides were cancelled or severely disrupted. And PiS, led by party leader Jarosław Kaczyński, won a majority in parliament during the elections. 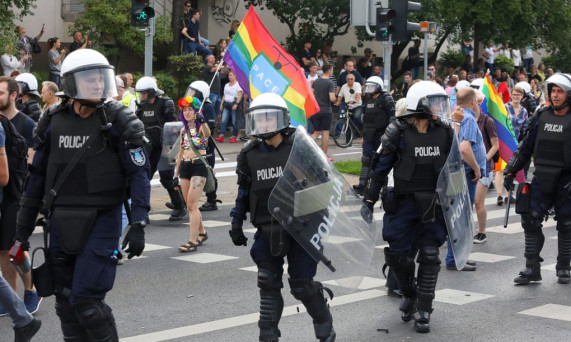 The number of "LGBT+-free" zones continues to increase. Even though a large majority of the European Parliament fiercely spoke out against it, little changes are made. Critical backlash ensues however: the French municipality of Saint-Jean-de-Braye recently broke its friendly ties with the "LGBT+-free" Tuchow.

Meanwhile, a third of the country is part of the "LGBT+ free zone", with more municipalities joining them this month. With the majority of PiS, a drastic change of direction seems unlikely. Nevertheless, there is a little bit of hope for the Polish LGBT+ community: former mayor Robert Biedroń will represent the (very small) left-wing opposition in the upcoming presidential elections. Biedroń himself is openly gay. 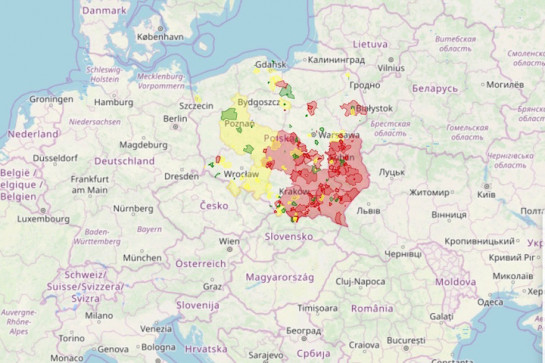