Few people had ever heard of him: Pete Buttigieg, the mayor of South Bend, a medium-sized city in Indiana. The 37-year-old mayor does not have a lot of experience, certainly in comparison with the other politicians in the race for the presidential candidate of the Democratic party. Yet, he is already at the top of the polls in one state. Who is this politician? And does he really have a chance to become the first gay president of the US?

It is clear that Buttigieg's sexual orientation is standing out in the United States. A video clip of an upset local politician in Tennessee went viral. "We even have a queer who is running for president!" The man shouted. "If that ain't about as ugly as you can get," he continued, chewing on his toothpick.

Buttigieg (pronounced “boot-edge-edge”) was born in South Bend, a city with 100,000 inhabitants in the mid-west of the US, an area that Donald Trump won in the previous elections. In his home town, he is working on his second term as mayor. He was re-elected for that second term with 80% of the votes. Buttigieg is religious, has been in the army and is married. On paper, he looks like a perfect presidential candidate. However, he has little governmental experience, is relatively young, and married to a man.

His homosexuality does not necessarily have to be an obstacle, as his re-election showed in his hometown. He had come out during his first term and was easily re-elected. Various American media outlets write that being married to a man is what makes Buttigieg stand out from the other candidates. His lack of experience can be problematic however: he has to compete against a former vice president and two senators. In comparison, a career as mayor of a city that is not even among the 300 largest cities in the country, is a lot less impressive on your resume. Yet his work as mayor did not remain unnoticed. Obama called him one of the potential new leaders of the Democratic party.

Buttigieg's views are less extreme than his socialist opponents, Elizabeth Warren and Bernie Sanders. He focuses on "freedom, security and democracy" in his campaign. Buttigieg is not in favour of a compulsory health insurance for all Americans, but only for those who want it. In addition, he tries to draw the millennials to him, by putting climate and well-being of younger generations first in his campaign. After all, he identifies himself as a "real" millennial.

Buttigieg is not really an outspoken person. He is described by many as calm. “People already have a leader screams and yells. How do you think that is working out for us?” He said in an interview with TIME Magazine. 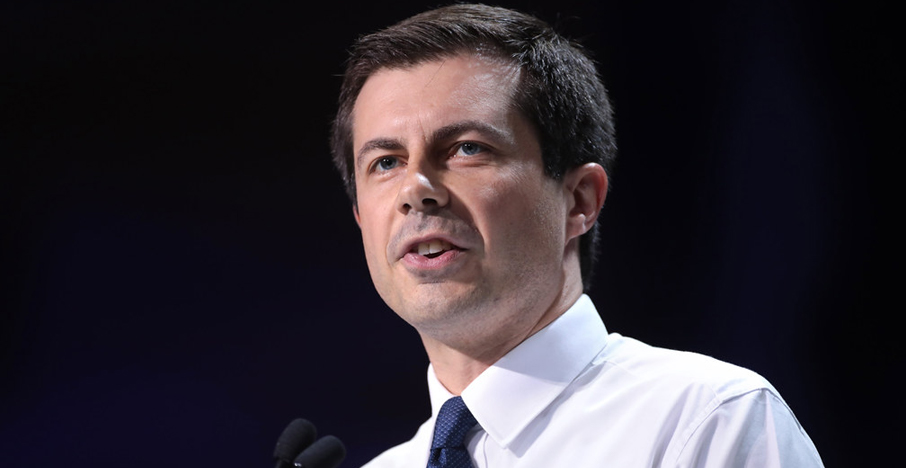 Looking for the black vote

As a candidate, Buttigieg doesn’t exactly have it easy. In the American media there is a magnifying glass on his attempts to get African-American voters to know him. This voter group would not be impressed by Buttigieg. In his first term as mayor of South Bend, Buttigieg fired the first African-American police commissioner. He has also used the phrase "all lives matter", which is often used to counteract the Black Lives Matter movement. He later said that he had not interpreted that sentence that way. "Since I found that out, I have stopped using it," he said. When a memo suggesting that African-American voters may have a problem with Buttigieg's sexual orientation leaked, the presidential candidate ended up in a for him uncomfortable discussion about homophobia among African-American voters.

That the Buttigieg campaign team is sometimes desperate for the black vote, was clear when he used a stock image of a mother and daughter in Kenya for an anti-discrimination plan. The image was immediately replaced, but of course it did not help his campaign in the least.

Buttigieg also suffers from other "scandals". Recently, another unfortunate photo selection by Buttigieg surfaced. His partner shared a photo of him in 2017 in a tourist pose at the holocaust monument in Berlin. The FBI recently invaded the offices of a housing association in South Bend, while housing was one of Buttigieg's spearheads during his mayor hood.

It is clear that Buttigieg wants to leave his old job. He is rising slowly in the polls and is already at the top in the state of Iowa. Yet, he still has to take big steps to become the first gay president of the US. He must surpass the more left Elisabeth Warren and Bernie Sanders. But the real man to beat is former Vice President Joe Biden, and wouldn’t you know it: he is very popular among African-American voters.

Former priest: “Clergy have sex with superiors for promotions!“

Former priest Alexander Usatov revealed some details on lobbying and getting a leg up within the orthodox Catholic Church to Russian news website Snob. He claims the easy way for clergy to get promote...

Former priest: “Clergy have sex with superiors for promotions!“

Russian ‘Cossacks’ on the hunt for LGBT+-activists

Mass arrest after ‘gay party’ in a hotel in Jakarta