The “OneLove” campaign, with which several European countries tried to make a statement against discrimination, was banned by FIFA. Still, some ministers did try to get a message across: the British sports minister wore a rainbow tie, while his Dutch colleague wore a “Never Mind” scarf that hid her “OneLove” pin. 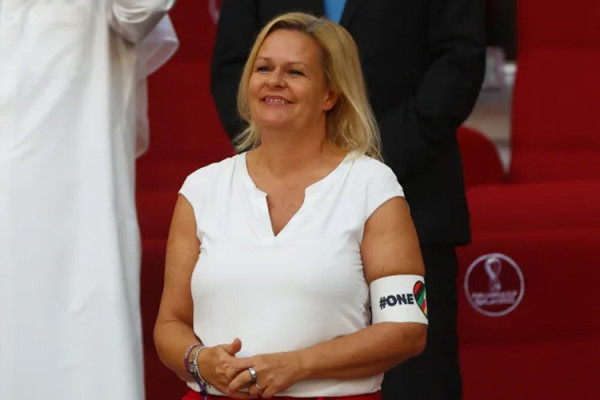 Germany: German Interior Minister Nancy Faeser wore the banned OneLove bracelet during the Germany-Japan match. During the match, she sat next to FIFA boss Infantino. 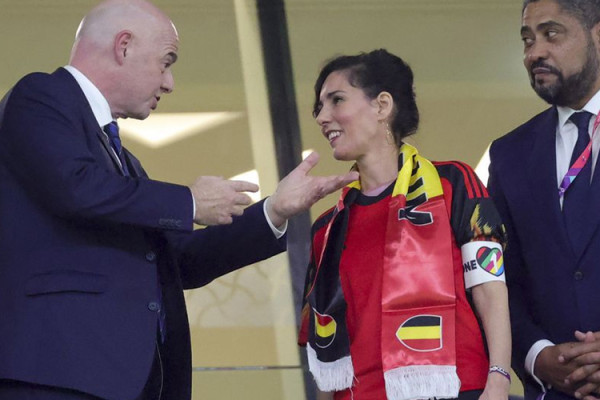 Belgium: Belgian Foreign Minister Hadja Lahbib also wore the “OneLove” bracelet during a chat with the FIFA boss. According to VRT, she tapped him to have a conversation about the bracelet. "It was a courteous conversation about, among other things, respect for freedom of expression, the values that football entails and how to express them on the field or in the stands." 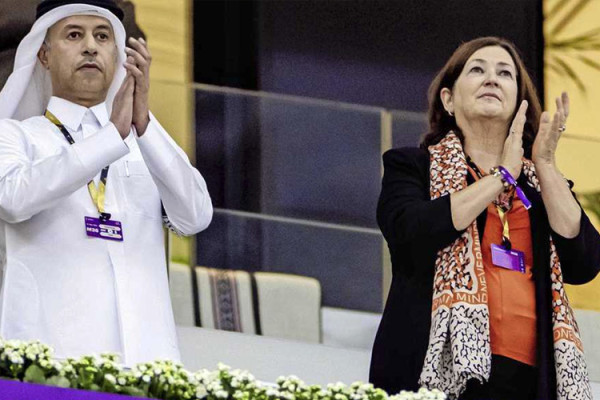 Netherlands: Conny Helder, the Dutch Minister for Sport was also faced with the choice of wearing a “OneLove” bracelet. After all, the campaign was initiated by the Dutch football association KNVB. Still, she chose to make a smaller statement, wearing a "OneLove" pin. Sadly, she also wore a scarf that read ‘’Never Mind’’, which also hid her pin. To make matters worse, the Qatari representatives in her company did wear a clear statement: a pro-Palestinian bracelet. Dutch MPs call it a "diplomatic blunder". 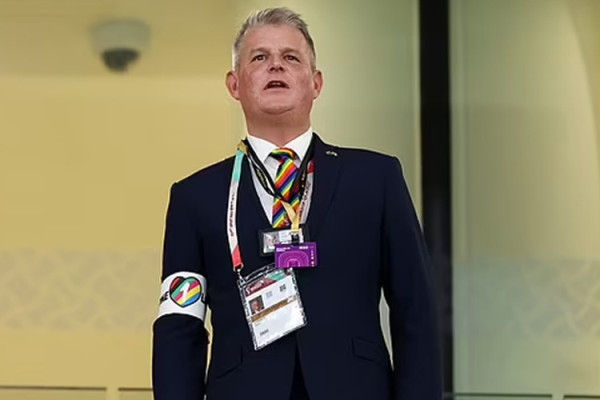 UK: The UK was represented by the openly gay Sports Minister Stuart Andrew, who made perhaps the most colourful statement: a rainbow flag tie. He also wore the "OneLove" bracelet. The minister said he felt responsible for making a statement against the Qatari legislation that prohibits homosexuality.

In an interview, Pope Francis took a remarkably progressive stance on homosexuality by Vatican standards. "Homosexuality is not a crime," says the head of the Catholic Church. According to him, the Ch…

The famous M&M mascots, those with arms, legs and big eyes, are retiring. The company had just changed the characters to be more inclusive. After a persistent media campaign by FOX News in particular,…