The Spanish right-wing populist party VOX has made a striking statement in the Spanish parliament during a debate about the coronavirus. Foreman Santiago Abascal launched an attack on the Spanish prime minister on a very different subject, accusing him of a “historical hatred from the left towards homosexuals”.

Abascal made the statements after Prime Minister Pedro Sánchez previously claimed that VOX views homosexuality as a disease. In his counterattack, Abascal tried to compare the Social Democrats with Che Guevara: "who locked up homosexuals."

"You can label and insult [our party] any way you like, but we care about Spaniards, regardless of their colour, age, gender and sexual orientation," Abascal assured. "Encourage your government partners to move away from ideologies that catalogue people based on their sexual condition."

The sudden positive attitude towards homosexuals is surprising, as VOX has made numerous homophobic statements in the past. For example, the party complained about spending tax money on Pride events, referring to an "expansion" of such events. The party also opposed the adoption of children by same-sex couples. In addition, when a representative in Madrid said that if her son is gay she would rather not have grandchildren.

The Spanish LGBT + community has reacted with cynicism. For example, Abascal is accused of "pinkwashing", only supporting gay rights when it suits him. Some poked fun at the sudden turn from the party, which lead to the following (hilarious) results on Twitter: 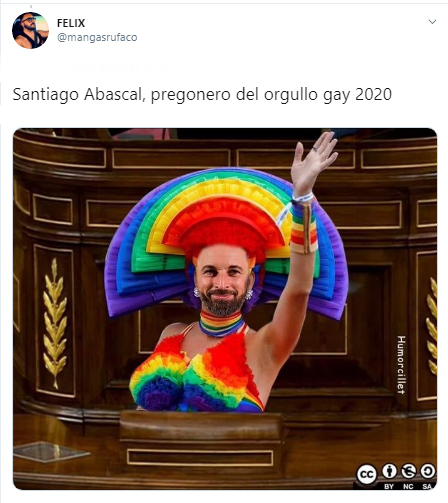 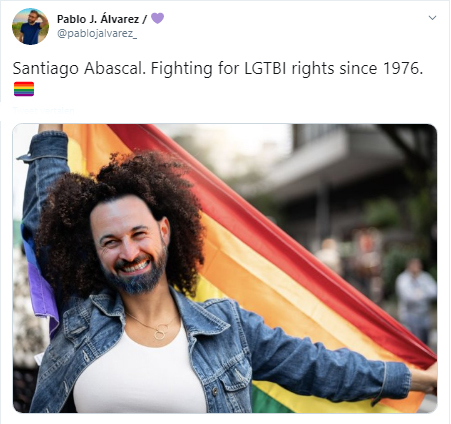 In a referendum, the people of Cuba voted for a significant number of progressive gay rights, including marriage rights. 66.9% of voters support the new law.

This is what Giorgia Meloni thinks about LGBT+ rights

She is likely to be Italy's new prime minister: "Christian Mother" Giorgia Meloni. She promises her voter to defend "traditional family values" and she is seen smiling in a photo with Viktor Orbán. It...

This is what Giorgia Meloni thinks about LGBT+ rights

Thousands of citizens demonstrate in Istanbul against LGBT+ people

Thousands of protesters at anti-Pride march in Belgrade